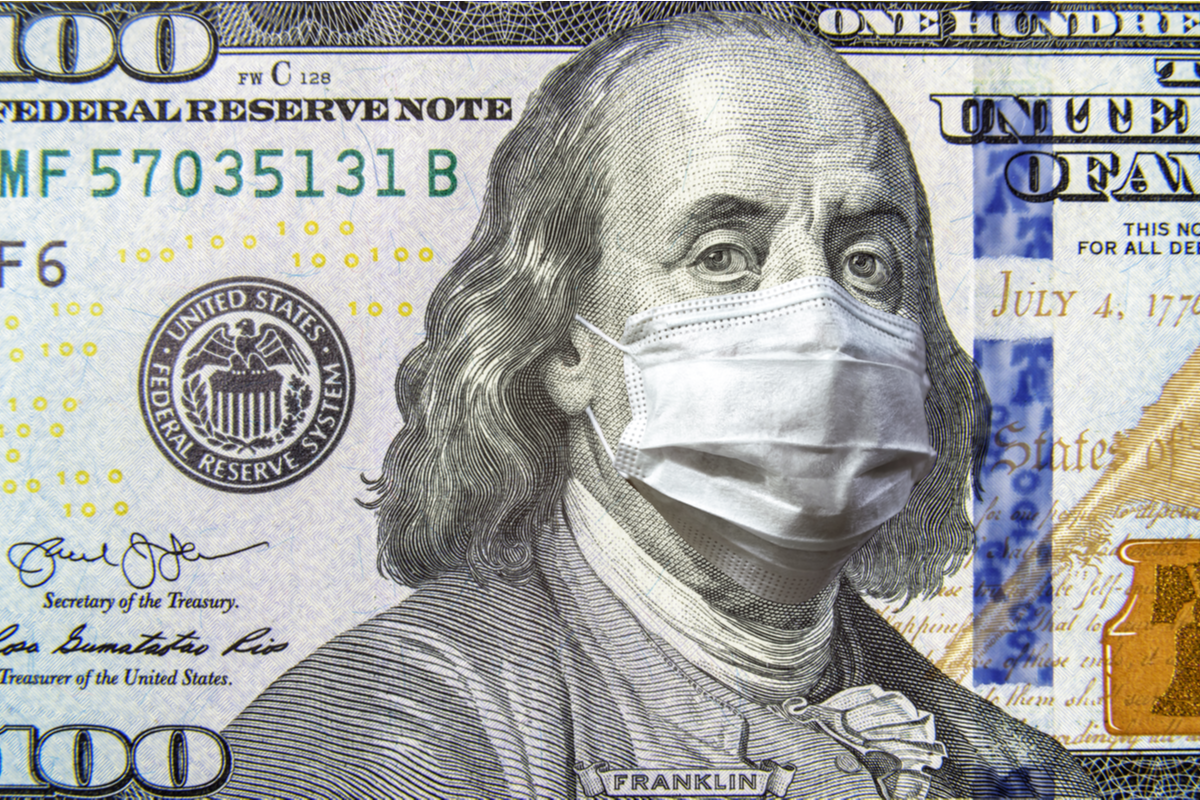 Bonuses will be down this year — but in these trying times, that’s no cause for complaint.

Over my years as a commentator on the legal profession, I have made many predictions. And many of my predictions have turned out to be wrong.

But sometimes I am happy to be wrong. And this is one of those times.

Back in April, when law firms were truly reeling from the coronavirus pandemic and economic downturn, I predicted that we were only at the beginning of the bad times. I predicted that the list of law firms enacting COVID-19 austerity measures would continue to grow for quite some time.

And for a while, I was correct. In April and May, more firms continued to tighten their belts, engaging in salary cuts, layoffs, furloughs, and other money-saving steps.

But then we got a pleasant summer surprise. Finding that things weren’t as dire as they expected, firms started to reverse some of their salary cuts and other cost-cutting measures, at least in part. As reported yesterday by Christine Simmons and Dan Packel at Law.com, about a dozen Am Law 100 firms have reversed, at least partially, their compensation cuts for lawyers and staff. Just this week, three firms joined that happy club. (You can track developments by following ATL’s coverage of salary cuts, which includes their reversal.)

Of course, we aren’t out of the woods just yet. I have written before about the significant perils posed by the pandemic to the world of Biglaw. If the economy gets worse, if the (seemingly unstoppable) stock market takes a tumble, or if we get the second spike in COVID-19 cases that many fear, we could see a reversal of the reversals — or worse.

But right now — based not just on the publicly reported news, but also on the many conversations I have each week as a legal recruiter with partners and associates around the country, in many different practice areas — I’m cautiously optimistic. In the past few weeks, I’ve spoken to a partner whose firm is down in revenue year to date by just low single digits, another partner whose firm isn’t down at all (flat is the new up), and an associate who has hit two of his record months for billables during the pandemic.

Lawyers remain busy — and not just bankruptcy lawyers. Even with many courts closed, in whole or in part, litigators have been doing their thing — and elite litigation boutiques are even busy enough to be in hiring mode.

Transactional lawyers are doing fine too. M&A is a bit slow — the pandemic and downturn complicate many parts of the process, including coming up with valuations and doing due diligence — but other practice areas, including finance and fund formation, are busier than you might think.

Just because times aren’t as terrible as some expected, however, doesn’t mean that they’re good. So associates who are hoping to see bonuses on last year’s Cravath (or should we say Milbank) scale are probably going to be disappointed.

The current bonus scale, starting at $15,000 for first-years and going up to $100,000 for seventh-years, has been with us for six years (during which associates also saw two increases in base salaries, the Cravath-led move to the $180K scale in June 2016, and the Milbank-led move to the $190K scale in June 2018). The current bonus scale dates back to 2014, a very exciting bonus cycle in which Simpson Thacher (not Cravath) led the way, then got beaten by Davis Polk — and the Davis scale then got adopted by pretty much everyone else, including Simpson.

What about this year? As discussed, some firms — including many of the firms at the top of the profitability charts, who tend to set the pay scales — are doing just fine. They could definitely afford to pay the same bonuses as last year. And keeping bonuses at the same level could yield some advantages for them, such as putting the screws to the less profitable firms — and causing the star associates at those firms to seek more prestige and pay by “trading up” (a trend we saw in lateral associate hiring for the past few years, until this year).

But I don’t think we’re going to see that — not because of firm finances, but because of optics. In dark times for the country — COVID-19 deaths closing in on 200,000, millions of Americans out of work, companies filing for bankruptcy left and right — it might strike some as unseemly for Biglaw to take a “business as usual” approach.

General counsels who are seeing their companies suffer — well, at least if their companies aren’t named Apple or Amazon — probably won’t take kindly to seeing associates at their outside law firms taking home the same amount of money as last year. In fact, keeping bonuses the same would mean that many associates at firms that didn’t cut salaries would actually fare better financially in 2020, since many of their expenses — dining out, entertainment, commuting costs, gym memberships — have disappeared or dipped dramatically during the pandemic.

Of course, a consequence of lowering bonuses for associates by that much could mean that at some firms, we could see partners take less of a financial hit than their associates, thanks to lower compensation costs — the biggest expense of a law firm. And at some firms, especially ones with strong bankruptcy and restructuring practices, we might even see profits per partner increase. But we won’t find out about that until, well, the Am Law 100 numbers come out in spring 2021 — by which point things might be better (or at least improving), meaning that clients might not be as upset.

But spring 2021 is still a long time away, and a lot can happen between now and then. The year 2020 has been full of surprises, many of them quite awful — and it is far from over.

In addition to reversing their cost-cutting measures, some firms have picked up their hiring, at least in select practice areas. Here at Lateral Link, we are quite busy (and even in hiring mode ourselves).

Right now, despite a generally slow market, I have multiple associate and partner candidates interviewing at top Biglaw firms and elite boutiques. If you’re a candidate who might benefit from working with a recruiter — and the best way to tell is if you’re already getting emails and calls from other recruiters — please feel free to reach me by email at . I have extensive knowledge of (and deep connections within) Biglaw, from having worked in and written about this world for some two decades, and I’d be happy to have a confidential conversation with you about your career, the state of the market, and possible new opportunities.

More Firms Are Partially Restoring Pay, but Full Salaries May Wait Until 2021 [Law.com]

Earlier: ATL coverage of salary cuts (and reversals of them)

Ed. note: This is the latest installment in a series of posts from Lateral Link’s team of expert contributors. This post is by David Lat, a managing director in the New York office, where he focuses on placing top associates, partners and partner groups into preeminent law firms around the country.

A New And Interesting Opportunity For Litigators