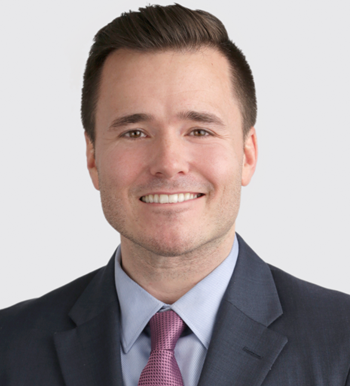 Andrew Clyne
Senior Director
Office: New York
P: 201.681.8266
School: Fordham Law School, J.D.
View Profile On Linkedin Send a message Download my Vcard
"Andrew was both attentive and effective as a recruiter who was quickly able to assess my needs and place me with a firm that was the right fit for me. His industry knowledge allowed him to focus on the area of work I wanted to transition into, and he was able to quickly get me interviews with several compatible firms. He kept me in the loop through all parts of the process, and I never felt like he was too busy to speak with me. Finally, once I secured an offer, Andrew was able to get me good terms on which to start at my new firm. I would highly recommend Andrew to anyone looking for a professional, effective and communicative recruiter."

Andrew is a Senior Director based in New York where he focuses on recruiting attorneys at all levels, and across all practice areas, for positions in prominent law firms in NYC and Boston. Additionally, he has placed attorneys into law firms in London, and has assisted associates who are practicing abroad (including in London, Tokyo, Singapore, and Bangkok) in relocating back to the U.S. Throughout his practice, Andrew relies on the strong client relationships he and Lateral Link have developed, his deep understanding of the New York legal market, and his own experience as a law firm associate (captured, in part, in this advice article).

Before starting his recruiting career, Andrew was an associate in the New York office of Dewey & LeBoeuf LLP, where he focused on white collar defense and complex commercial litigation, and was also involved with lateral associate and diversity hiring. Additionally, he served as a prosecutor in the Brooklyn District Attorney’s Office and was a paralegal at Morgan, Lewis & Bockius LLP before law school. Andrew holds a J.D. from Fordham Law School and a B.A. from Boston College.

Outside the office, Andrew is a sports and outdoors enthusiast who enjoys playing in a competitive flag football league, playing tennis, skiing, and hiking. He is also a trivia junkie — who fulfilled a lifetime dream of competing on Jeopardy! in 2017.