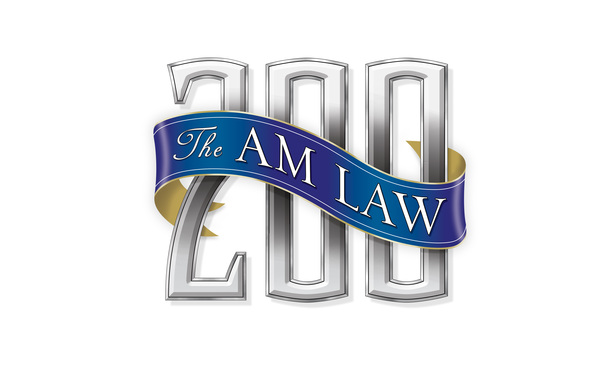 The AmLaw 200 numbers are released in March revealing the pulse of the Biglaw market over the last year.   A lot can change in the 365 days between each report. The numbers themselves are open to interpretation (assuming that the firms even release accurate metrics).

So how do savvy recruiters measure a firm’s health without an AmLaw 200 report midway through the year? In my experience, the most indicative measure of a firm’s health is examining the lateral partner market who drive business to the firm.  Oftentimes we can glean a lot of information by comparing the net gain or loss of equity partners.

Gordon & Rees and Lewis Brisbois led the pack for net partner acquisitions since January.  On the other end of the spectrum, K&L Gates and Locke Lord lost a significant amount of partners. These losses are not necessarily indicative of a large-scale problem; if firms are trimming the fat or attempting to transition out of mid-market offerings, winding down underperforming or less profitable partners is an unfortunate but viable play to boost profitability.

That said, losing lateral partners is likely the symptom of a systemic problem from within the firm, whether that be financial, cultural or something entirely different. Attorneys are rightfully skittish at the sign of firm weakness.  This often creates a snowball effect whereby a few lateral moves incite a few more until this recursive chain either abates or consumes the firm. The impetus behind the exodus might be insignificant, but the partnership arrangement between firm and lawyer is predicated on mutualism and a weakening of a firm’s platform — whether it be real or perceived — shifts this dynamic towards commensalism (or even benign parasitism).

The flow of associate moves generally follows the partner trends for several reasons. They may have the same concerns about firm health.  Another reason is that since partners largely dictate the quantity of available work, an influx or decrease in the number of partners can lead to gains or losses in associates.   When a partner leaves, she may tap associates as tag-a-longs after joining her next platform.  If not, the associates previously servicing her work may no longer be needed.

Over the last nine months, the firms with the most net associate gains were unsurprisingly, Gordon & Rees and Lewis Brisbois.  Davis Polk, Skadden and Gibson Dunn endured a sizeable amount of losses, which has nothing to do with firm health, as these three firms obviously standout among the elite and most profitable firms in the market.

Associate losses are less indicative of firm health and can easily fluctuate based on business cycles and other unforeseen circumstances. Unless a firm is purposefully growing, there will generally be a net loss of associates every year as firms make space to accommodate incoming first years and as non-track senior associates seek partnership opportunities elsewhere.  It’s the basic Cravath pyramid model.

The total loss or gain of attorneys is somewhat vague and unhelpful by itself, but compounded with the size of the firm, the net percentage lost is a useful way to gauge a firm’s trajectory.

Astonishingly, the firm that grew the most was Gordon & Rees, with a 6.5% growth since the beginning of the year. Fisher & Phillips was close behind with 5.3%. In terms of percent lost, Irell was hit hard with a 37.6% loss since the beginning of the year. Dickstein Shapiro (32.8%), Kasowitz (25.21%), and Cahill Gordon (23.1%) were close behind. The net percentage change in a firm’s composition again must be qualified with context. Irell perennially punches at heavyweight power with a featherweight body, so while they lost a net of 49 attorneys, this is not even in the top 30 for net losses. And the loss was due to a large group led by John Hueston leaving to start his new boutique — Hueston Hennigan.  In my mind, Irell is probably even stronger without Hueston’s group.  Time will tell how this boutique fairs in the market without the support of Irell’s platform.  Irell also recently hired Bobby Schwartz, formerly O’Melveny’s entertainment litigation chair, who should offset any perceived loss of the Hennigan group.   That was a three point shot that beat the buzzer at halftime.

Predicting firm growth or decay is a difficult task without direct access to a firm’s real financial information—something most people at a firm are not even privy too—and while we can gauge the short-term health of a firm, a firm’s long-term viability relies on too many factors to fairly forecast. If every accusation of a firm following the ‘Dewey’ path came true, we would have few familiar names in the AmLaw 200.

However, many firm miscues are the result of opacity and a PR policy of ignoring problems until they go away. Attorneys tend to assume the worst in the absence of a known contingency plan, making it hard to pitch a positive prospectus for a floundering firm to a candidate if the firm relies on opacity to weather any structural changes. And those 365 days between AmLaw 200 reports, engenders an epidemic of blind conjecture.